The Most Common Aluminum Alloys for CNC Machining 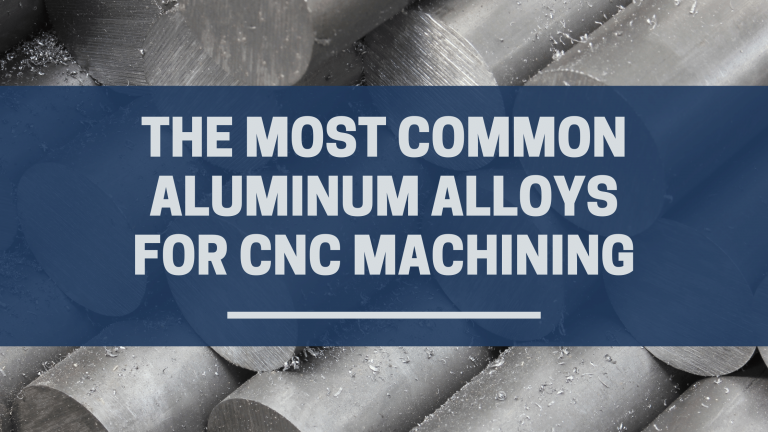 Aluminum is one of the most used materials in CNC machining. At Spex, we manufacture thousands of different parts using aluminum. Because aluminum is lightweight and inexpensive to machine, it’s often the go-to material for precision machining.

But, not all aluminum is the same. There are lots of different aluminum alloys to choose from.

We’ll explain some of the key differences in each alloy, and help you decide which one to use for your next project.

Like most metallic elements, pure aluminum is very soft, and it’s not strong enough for most commercial uses. To add strength and improve other qualities, other elements such as iron, silicon, copper, magnesium, manganese, and zinc are added to create aluminum alloys.

1000 Series Aluminum is the most pure of aluminum. This has a 99% minimum aluminum, and has limited uses. It does have great corrosion resistance, and is mainly used for chemical tanks or conductive bus bars.

2000 Aluminum aluminum is mixed with copper and is often used for aircraft and aerospace industries. It has very high machinability, but is missing the corrosion resistant properties that other alloys offer.

Read: What is the best material for aerospace parts? Aluminum vs Titanium vs Stainless Steel

3000 Aluminum is mixed with manganese and is very formable and heat treatable. This aluminum alloy is often used for cookware and in power plants and vehicles.

4000 Aluminum mixes aluminum with silicon, lowering the melting point. This makes the alloy great for filler material in welding and brazing.

5000 Aluminum is mixed with magnesium and has a high tensile strength and formability. It’s commonly used for fabrication projects such as vehicles, tanks, and bridges.

6000 Aluminum is mixed with magnesium and silicone. This alloy has high corrosion resistance and is often used to form structural components like angles, beams, and tubes.

7000 Aluminum is mixed with zinc. This makes a very high strength aluminum which is often used in high performance applications like aircraft, aerospace, and competitive sporting equipment.

As we mentioned, 2000, 6000, and 7000 are the most commonly used alloys for parts. When choosing an alloy for precision machined parts, we pay attention to the machinability of the metal, the strength, and the corrosion resistance.

Most aluminum alloys are easy to machine, and provide a great strength-to-weight ratio. Aluminum parts can also be colored to add appeal for consumer products, like a flashlight, and anodized to increase the corrosion resistance.

Aluminum 2011 and 2024 are the most common 2000 alloys used for parts. The added copper keeps the alloy softer, which means it’s easier and less expensive to machine. This makes it best for complex part designs, and keeps the manufacturing costs lower. The 2000 alloys aren’t as strong, and don’t offer great corrosion resistance. The parts can be heat treated, which increases the strength.

Aluminum 5052 is made with magnesium and chromium. The added chromium–which is also in stainless steel–increases corrosion resistance. This alloy is used in marine applications because of its high resistance to saltwater. It’s also one of the stronger alloys, but it’s not heat-treatable.

6061 and 6262 alloys are the two most common in the 6000 series. 6061 has better corrosion resistance, and is used for parts that require forming or welding. It’s commonly used in electronic components and aircraft fittings. Aluminum 6262 is a free machining grade aluminum. It was first developed for automatic screw machines in the 1960s, and is used in most CNC shops today. It’s similar to 6061, but slightly easier to machine–6061 is a C in machinability, and 6262 is a B.

Aluminum 7075 is the strongest alloy. This grade is used for high stress applications where parts with higher tensile strength are needed. It’s commonly used in automotive and aerospace frames. This material is less resistant to corrosion compared to others, and is typically more expensive.

Choosing the right material for your part

If you’re still having trouble deciding which alloy to use, our team is here to help. We have decades of experience manufacturing parts for different industries and use cases. We can help you choose the best material for your specific projects.

Fill out the contact form, or give us a call if you have any questions.

Fill out the form to learn more about our precision machining services.

We would love to hear from you! Please fill out this form and we will get in touch with you shortly.